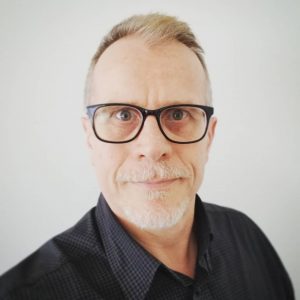 First curiosity, then became a hobby and these days, an obsession.

Lately, brewing took over everything, but I’m also into aerial photography (i.e.: https://www.youtube.com/watch?v=Mjx82pupddA), yoga, snowboarding, cooking (BBQ), and others.

My first beer batch as in 2011. Last year I brewed about 50 batches. 8 kegs of beer from these batches became garbage. (tears)

It rotates, but I always go back to Belgian and Lagers. The more I brew, the more complicated recipes and stronger ABV I want to do.

Summertime, I brew 10-15G outside. The other seasons, indoors with the lovely Grainfather.

I think that is a question for the people that drink my beers. I remember an amber that tasted like perfume. After drinking 1/2 pint, I gave up and sent it down the drain. Sigh.

I learned the meaning of cheating on cleaning and sanitation.

If my best is the most famous, then it is the German Pils called Pilsnermonic. It won Gold for Lagers at the Brew Slam 2018 and the Henderson Cup of the same year.

a) Grainfather: took issues out of the way.

b) PH manipulation: brought the results two levels up.

a) A good beer is not just about having a good recipe. You need to know how stuff works and need to have seamless processes (i.e.: cleaning, fermentation, transferring and bottling/kegging).

b) Read about brewing and fermentation. Don’t have the patience for reading? No problem, start with YouTube. There are endless materials there.

c) Start brewing something simple such as blond ale recipe.  Once you have done without mistakes, add or change an ingredient to brew something similar and start again. After a while, you will be able to expand to other recipes very fast.​

d) Never give up, never surrender. There are going to be many annoying days before it becomes fantastic.

Level 1 Prud’homme, Off-Flavours Cicerone. BJCP is in the works.

If you could be a tree frog, what colour tree frog would you be and why?