Brew Slam 2017 is finally wrapped up after almost a whole year of planning, and a ton of execution. What a year! The last of the prizes made their way into the hands of our winners this week, so it’s finally time to write my annual wrap up post. With 806 entries judged, I’m very proud to say that we met and exceeded our goal for 2017 of becoming Canada’s largest homebrew competition (by almost 300 entries)!

The judging and awards for Brew Slam 2017 happened back in November, but we’ve been hard at work since then making sure that everyone got their prizes as fast as we could. Don’t stop reading now because some pretty amazing things happened this year that I want to share. 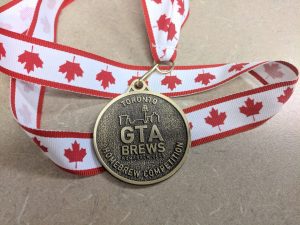 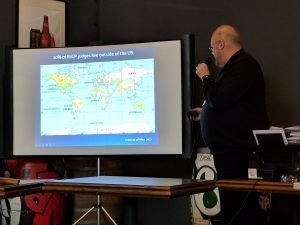 I was blown away with the support shown by all our judges, stewards, and sorters. With 123 volunteers donating their time to help make this happen this year was certainly a larger operation than last year. Judges, you showed tremendous dedication and professionalism, there were tons of amazing scoresheets, thank you! Stewards, your tireless efforts to keep things moving was very much appreciated, thank you! Thank you to the scoresheet and bottle sorters, I know the job was tedious, but you each played an instrumental role!
Special thank you to Mark Verok of Katalyst Brewing Company who spent dozens of hours handcrafting our volunteer gift. Cody at Amsterdam Brewery kindly donated a decommissioned Double Tempest barrel that Mark turned into the sweetest bottle openers known to mankind. 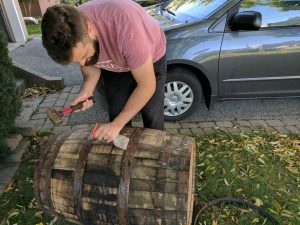 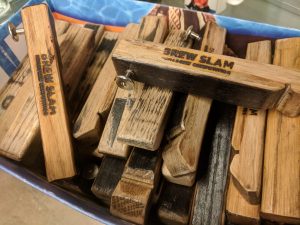 We have some pretty incredible sponsors that donated over $11,000 in prizes, so I want to take a moment to call them all out. Please support those that support Brew Slam by shopping with them, or buying their products! This list is long, but each one of them is key to making this competition as awesome as it is.

Congratulations to the all the winners of Brew Slam 2017! There were some absolutely fantastic beers that didn’t even win medals this year, so winning a medal is truly a testament to the quality of your homebrew.

Toronto Brewer of the Year

This award is given to the GTA Brews member with the most medal points in the competition. This year’s winner was Mike Vandervoort!

The Henderson Cup is an award sponsored by Henderson Brewing Company. The top 10 GTA Brews entries from the competition are invited to re-submit a bottle to be judged by Henderson. The winning entry got $1000 and to brew their beer on the big system for one of their monthly Ides releases. This year’s winner was Mike Vandervoort!

We started Brew Slam 3 years ago with the goal of giving Toronto an awesome homebrew competition, with visibility on the national BOTY circuit. Back then I didn’t expect it to grow as quickly as it did, but we were determined to build the best competition we could. We traveled to Buffalo to judge AWOG several times and were inspired by their passion and well refined processes. We took all we learned and applied it to our own competitions, then kept looking for places to improve. Every single aspect of our judging process is always open for critique, if there’s a better way do something we try to adopt it. When we hit 690 entries in 2016 we knew we had something special on our hands. We spent the next year planning, networking, and working to make 2017 even better.

I’m very grateful to everyone that helped make this competition what it is today. I never imagined we’d be in a position to fly someone like Gordon Strong in to participate in something we were working on. We have our work cut out for us to make 2018 even better, but we’ll find a way. See you all at Brew Slam 2018! 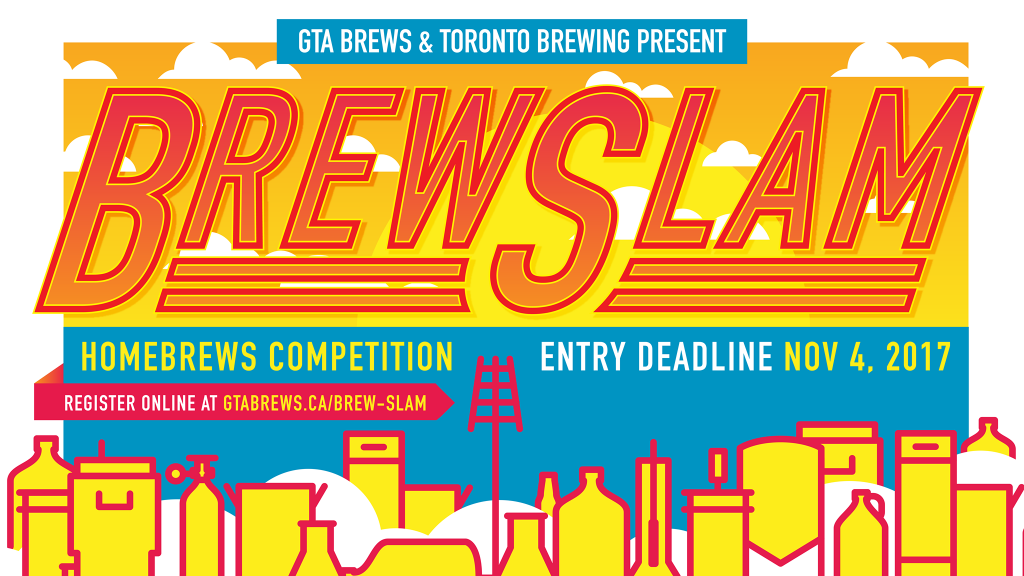 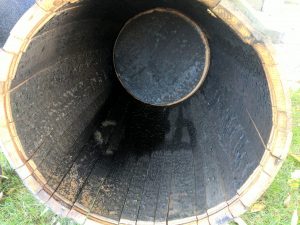 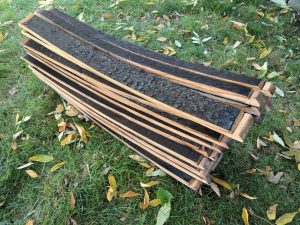 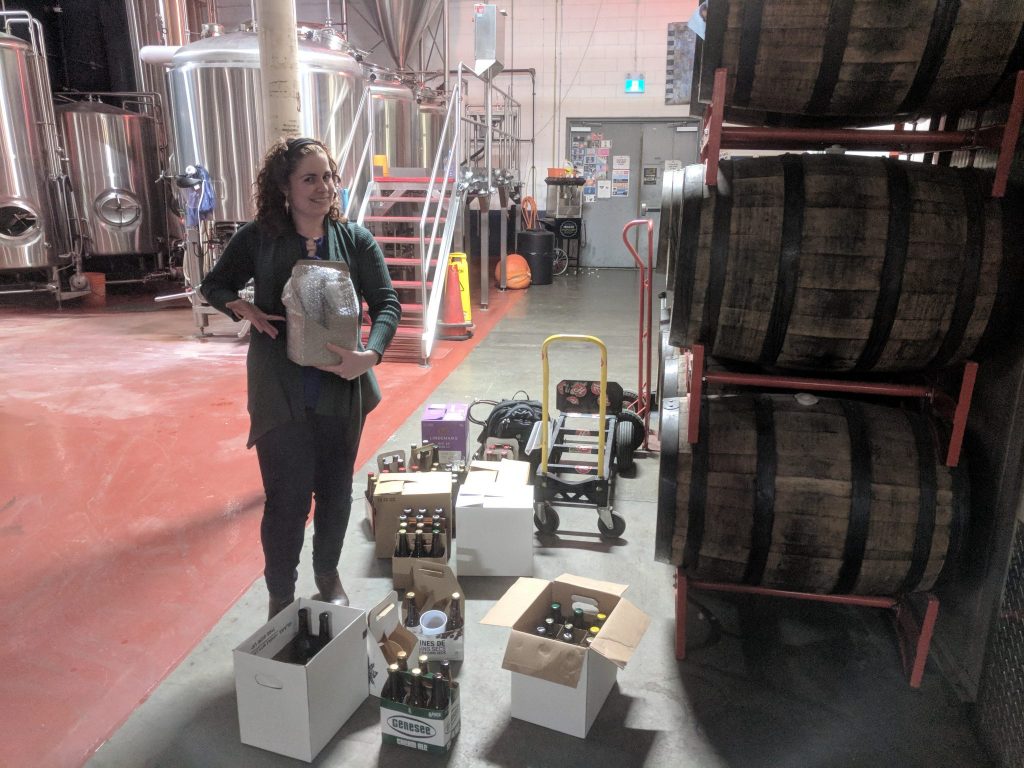 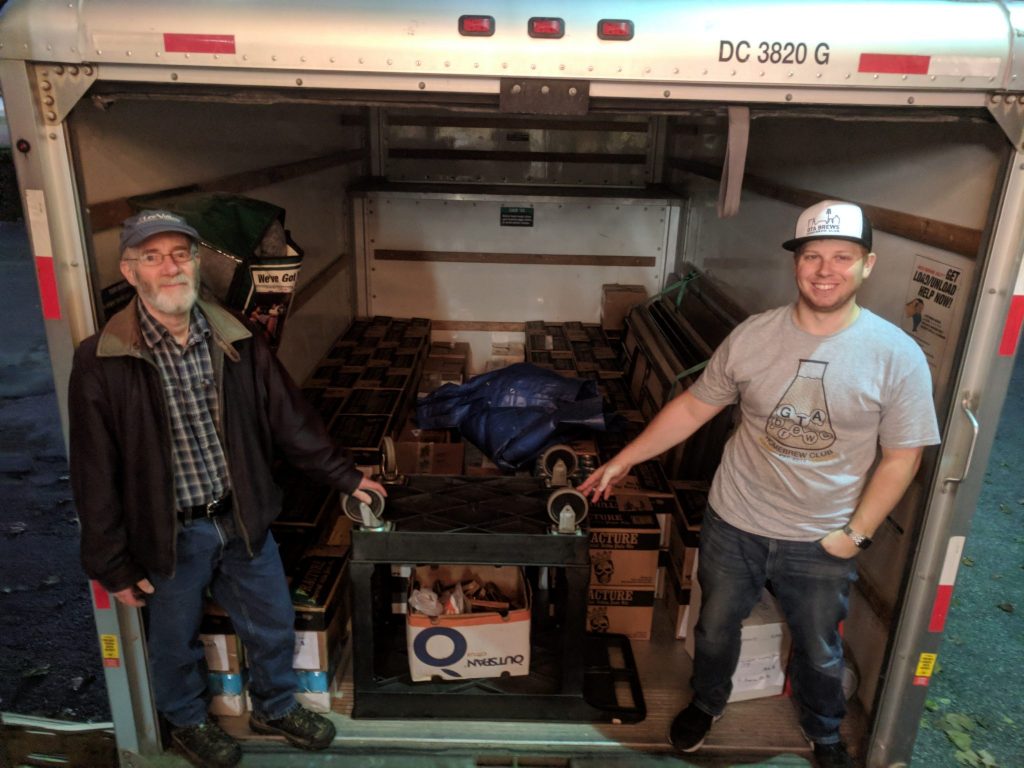 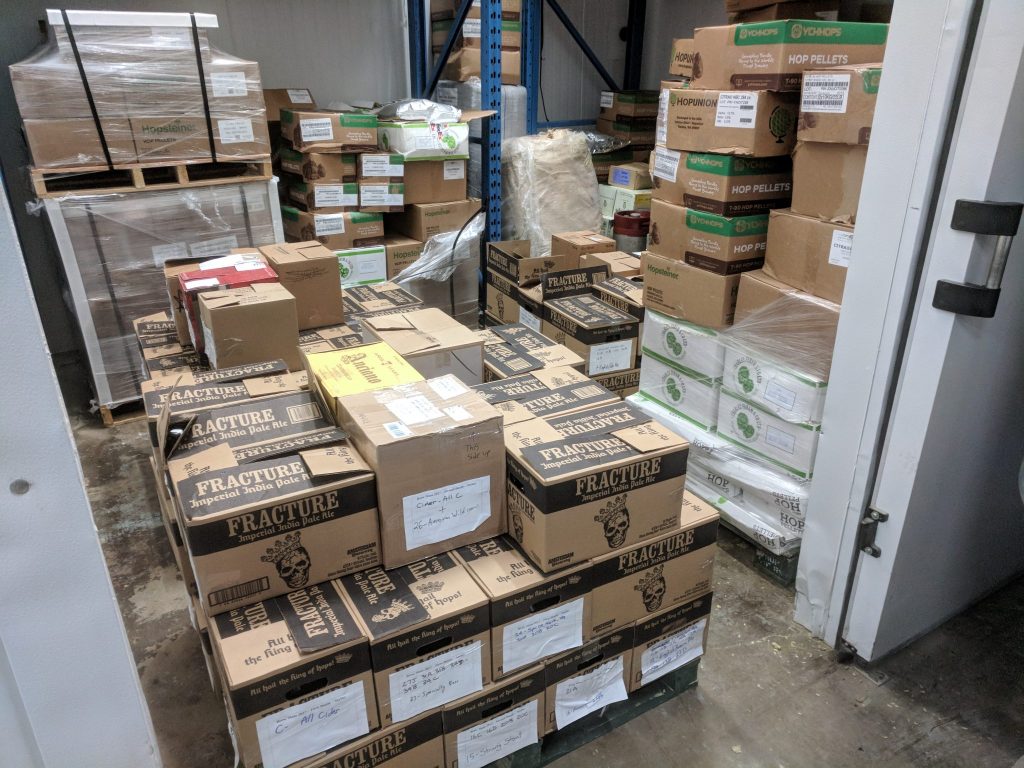 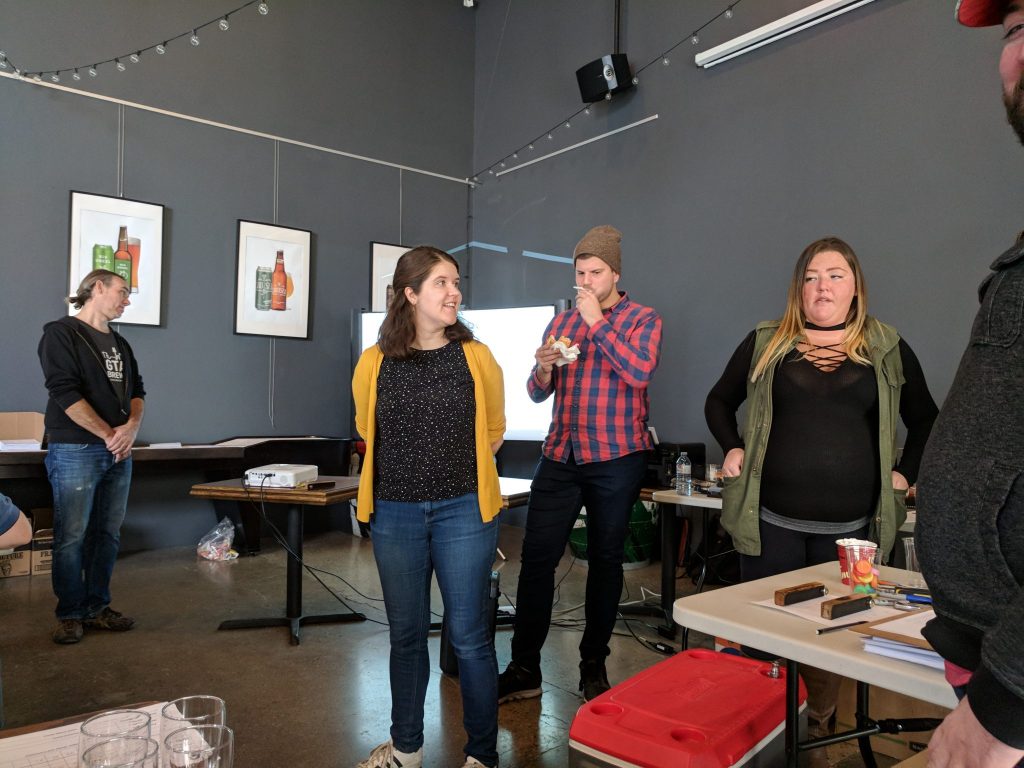 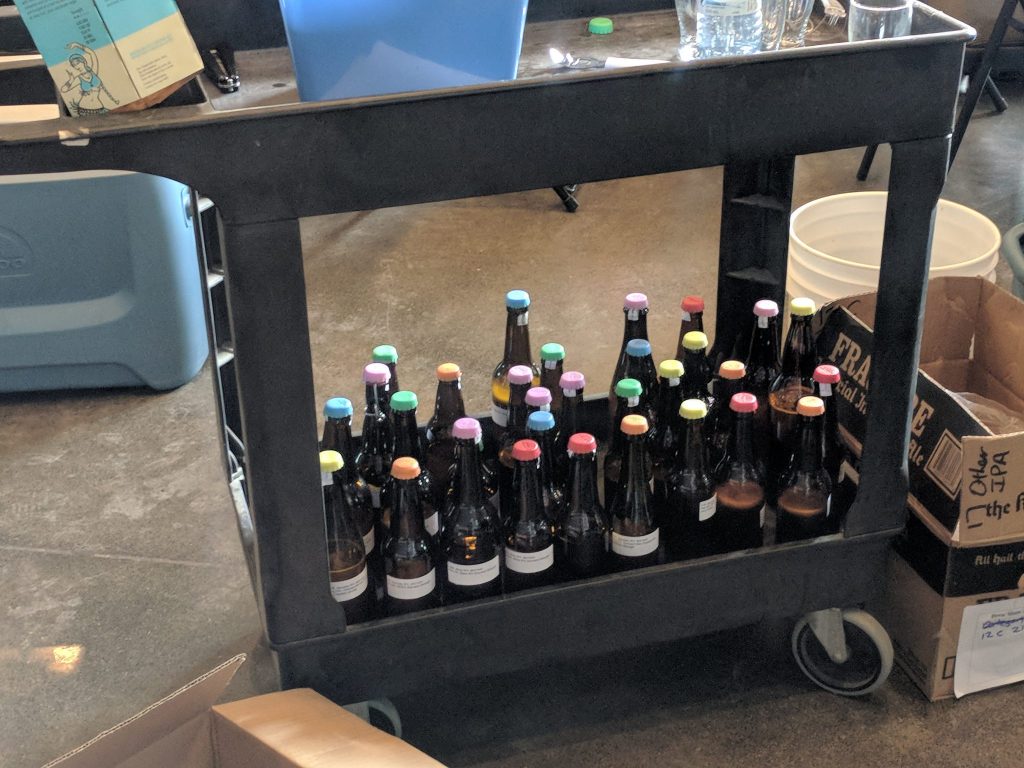 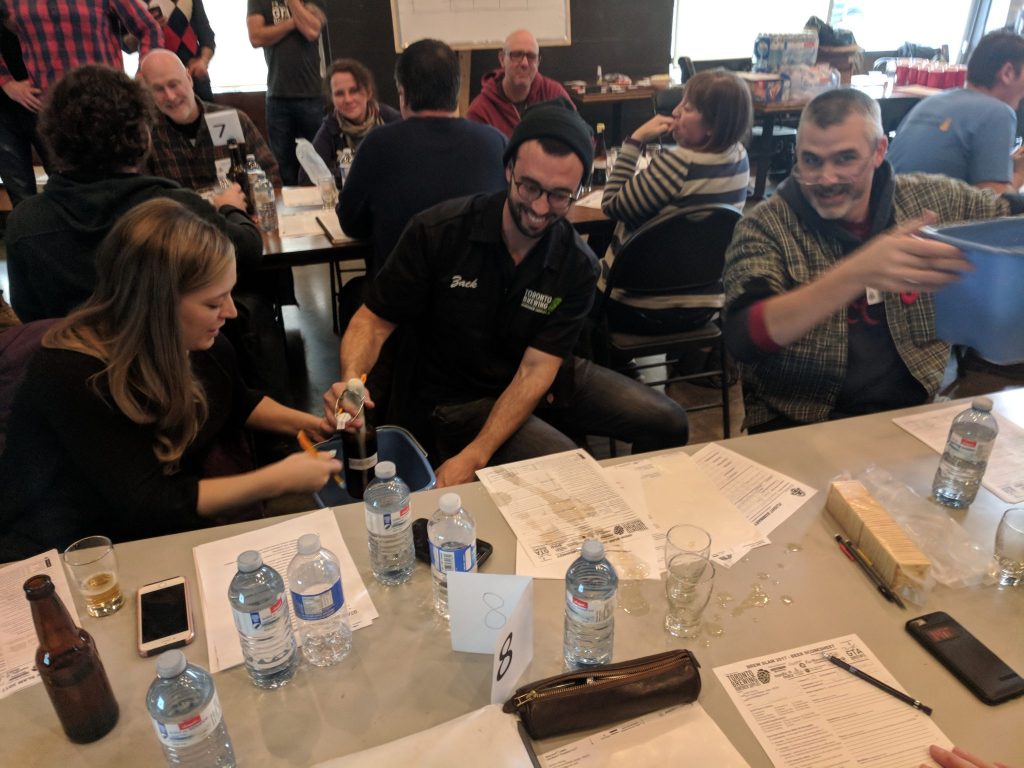 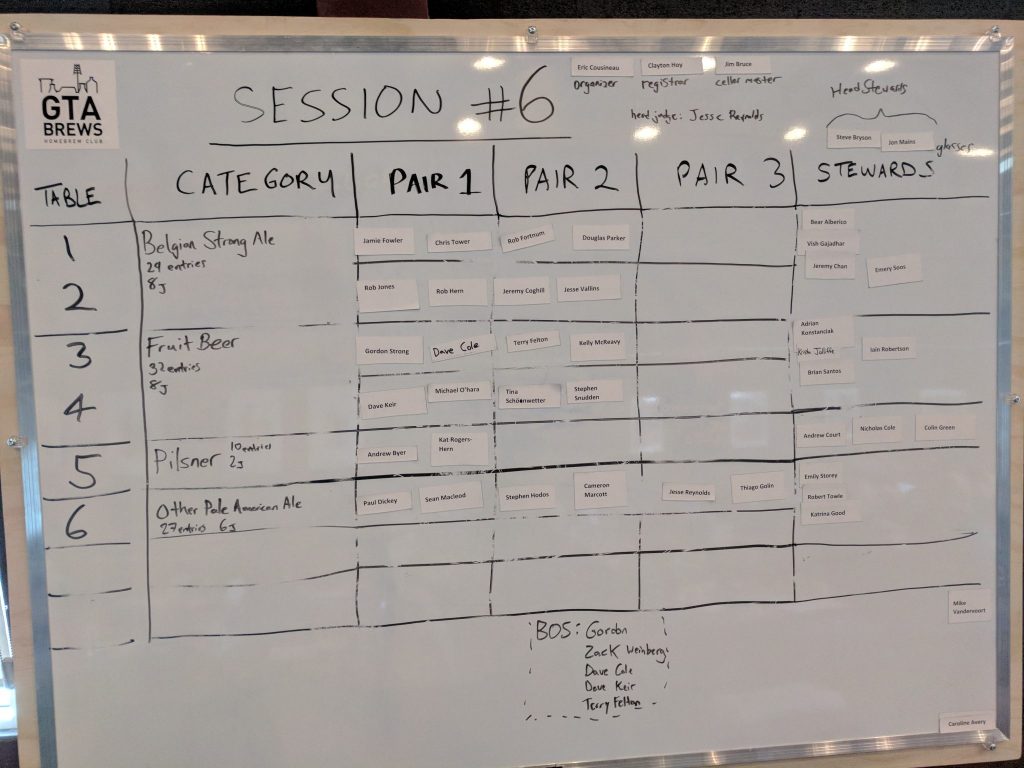 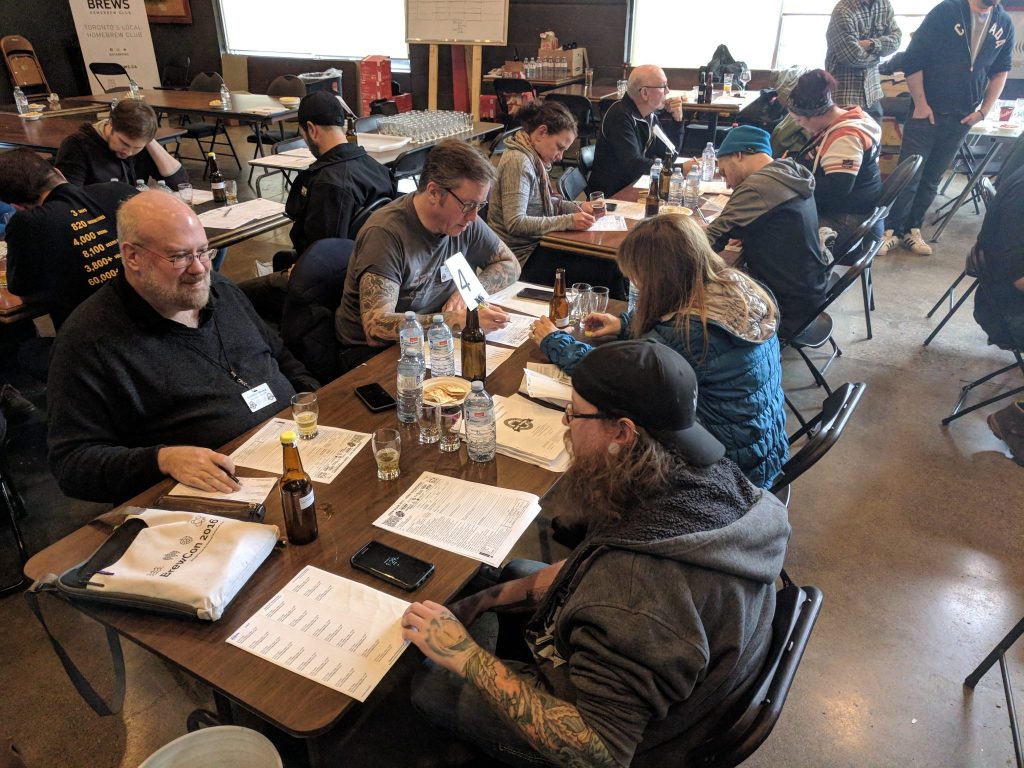 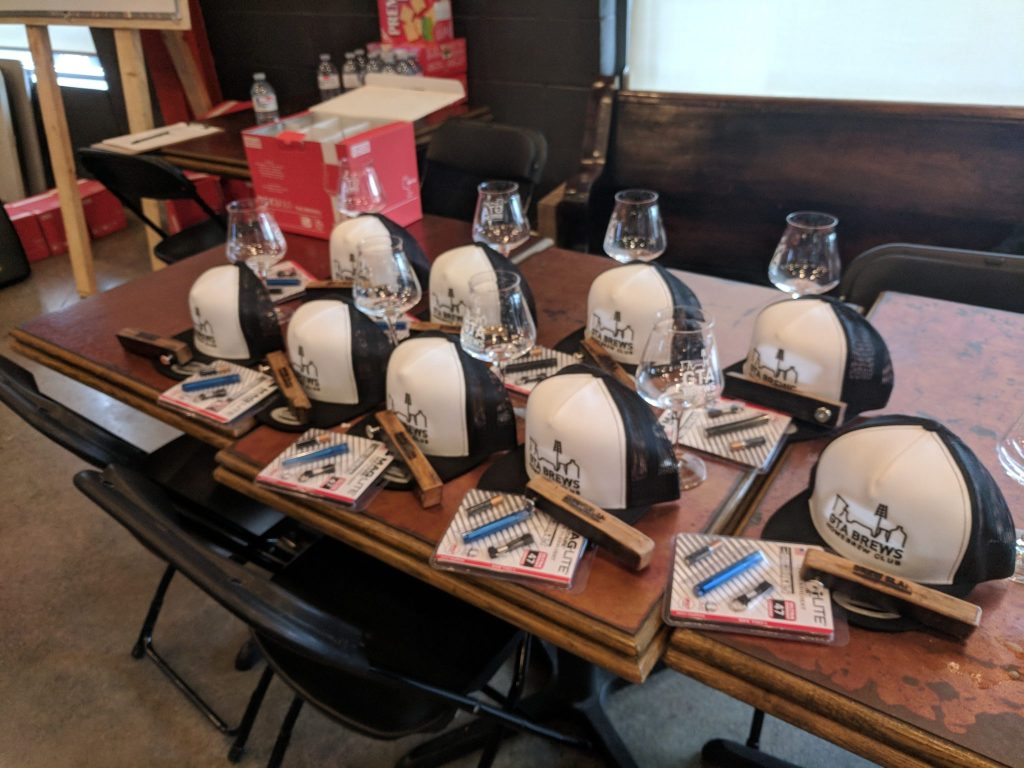 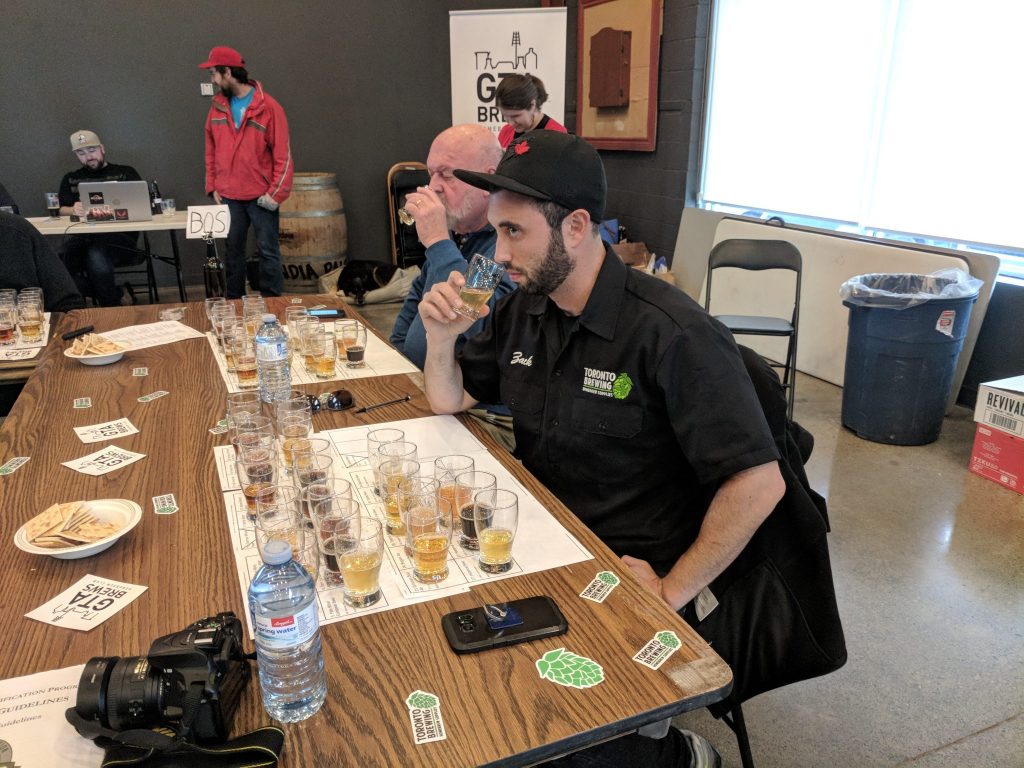 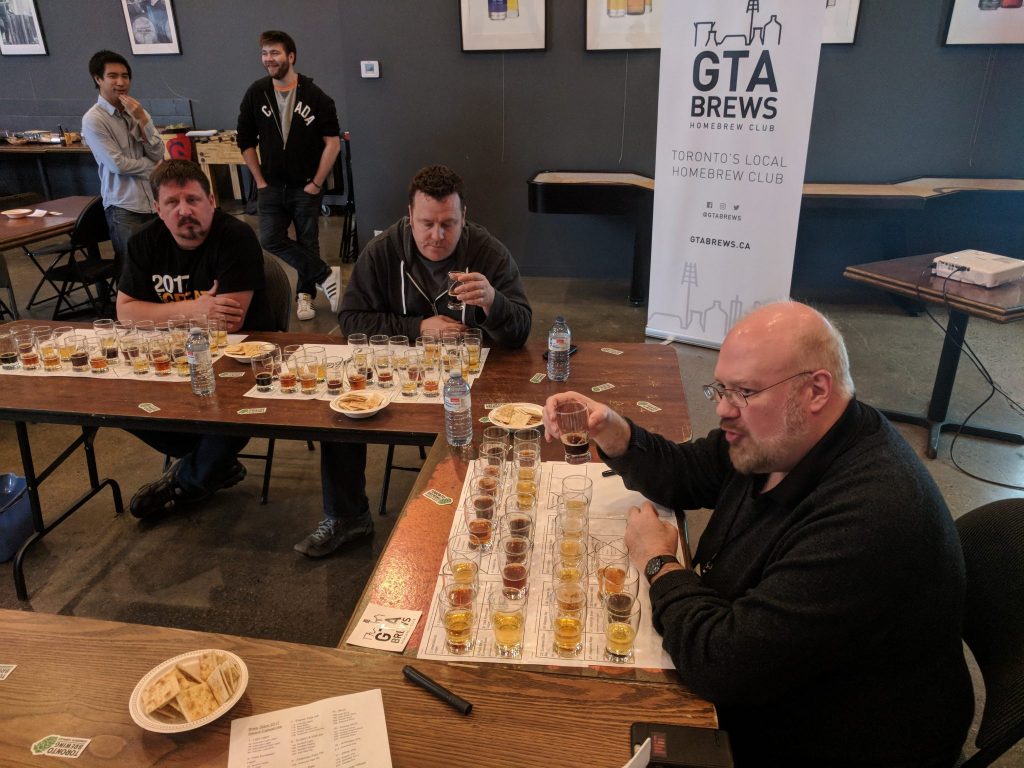 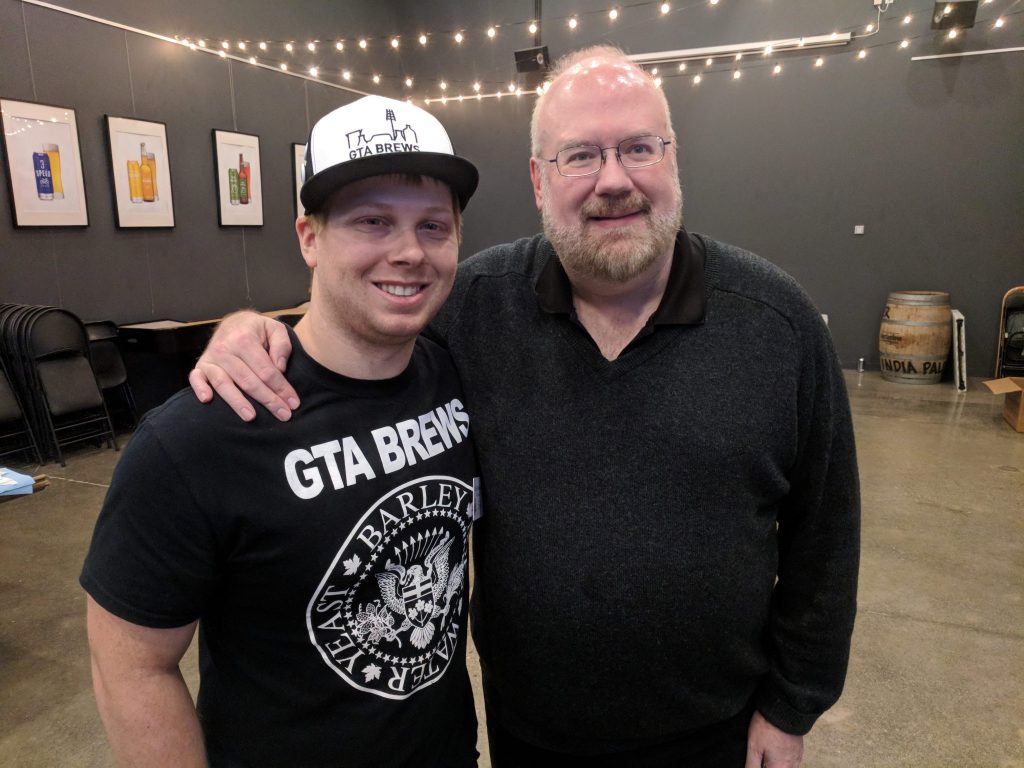 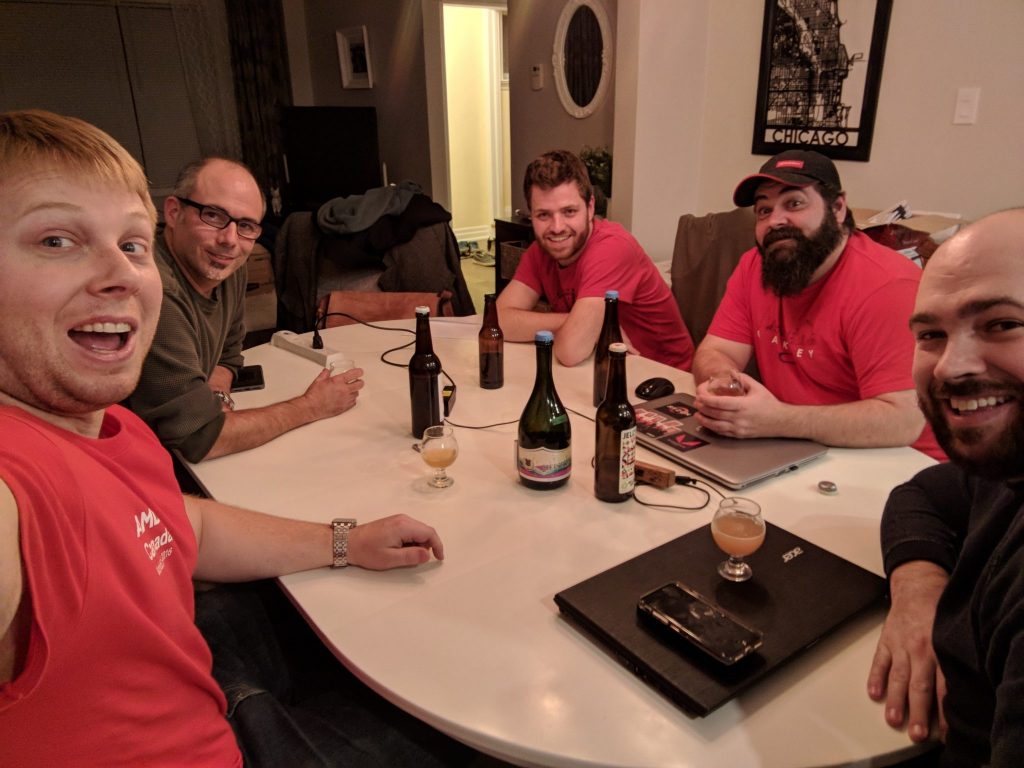 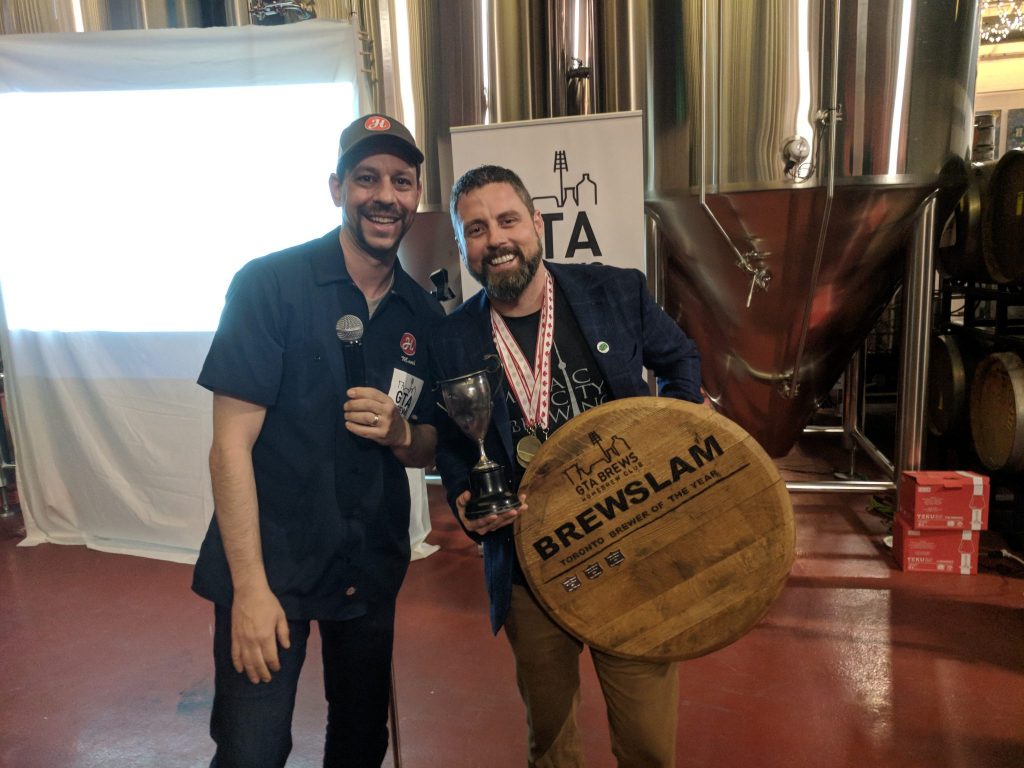